You can underestimate me as a person, but not as an athlete

On the International Day of Persons with Disabilities 2013, Croatian Paralympic Committee introduced its new communication campaign entitled You can underestimate me as a person, but not as an athlete.

The goal of the campaign is to influence public awareness, especially of sports institutions, about the unequal status of Paralympic athletes. The fact that needs to be highlited is the Athlete of the Year selection, where the Paralympic athletes are completely left out.

It’s shocking how Paralympic athletes are ignored in the Athlete of the Year selection, even though they achieve top results. In life as in sports, they are symbols of persistence, asceticism and consistency, despite their disability. So the campaign wants to show all the joy and renunciation needed for any kind of sport, such as Paralympic sports.

The agency Bruketa&Žinić OM started their collaboration with Croatian Paralympic Committee in 2010 with this campaign: It’s what we lack that makes us stronger. 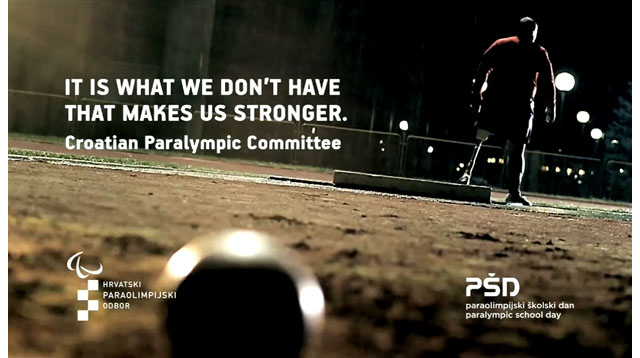 It is what we lack that makes us stronger

The aim of the campaign, organized under the auspices of the Croatian Paralympic Committee, is to help the paralympic sports and athletes secure a position in the society which they deserve—i.e. the equal status with the so-called regular sports

Don’t judge us by our color 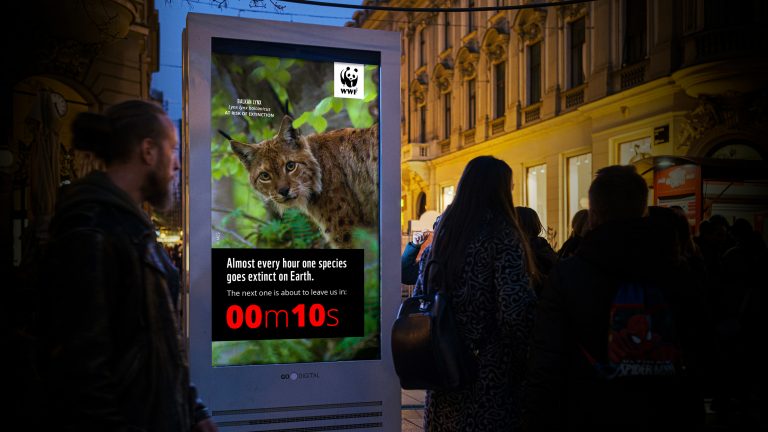 During the celebration of Earth Hour, the WWF Adria “wound up” a clock to warn of the extinction of one species almost every hour on Earth