Our sketches in the Design Evolution: Theory into practice 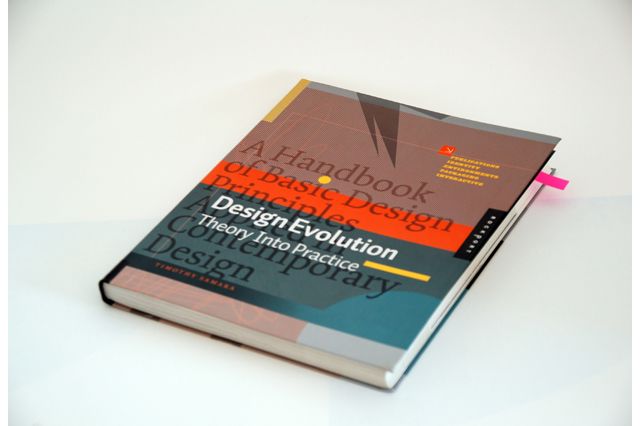 The book titled Design Evolution: Theory into practice, the author of which is the American designer Timothy Samara, was published in the form of a graphic design textbook. The author follows the process of emergence of a designer solution from the idea and the first sketches until the final realization. Among 40 projects the creation of which the author analyses, there is also ours – An excerpt of the eternal debate about the heart.

All stages of a designer process are presented in the book. It is especially interesting to read about first sketches which serve as foundations for the basic concept development, and on which one can see different solutions their authors considered in the very beginning of the process. These are authentic and often very private sketches, which is evident because of some intimate authors’ comments on the paper margins.

This kind of presentation gives a true insight into difficulties and wrong ways of a designer work, proving that in most cases good solutions are not the result of a momentary inspiration, but of a long-lasting and complex process.

The author of the book, Timothy Samara, is a graphic designer from New York who has been dealing with branding and design for 17 years now. He worked as the art director in Ruder Finn Design, the biggest PR agency in New York, and he designed in Pettistudio. He is a member and a lecturer at the School of Visual Arts NYU, Purchase College and Parsons School of Design.

The book includes the work from designers and studios such as Swiss Mixer, British Why Not Associates, known for their campaigns for the BBC, Nike and Virgin Records, and Vignelli Associates from New York, whose founder is the renowned Massimo Vignelli. The book was published by Rockport.

Vislander featured on the FAB News

Vislander featured on Packaging Of The World

Red Dot Award is the most sought-after mark of quality for good design, and to date Bruketa&Žinić&Grey agency has won 26 of them, the largest number in the region